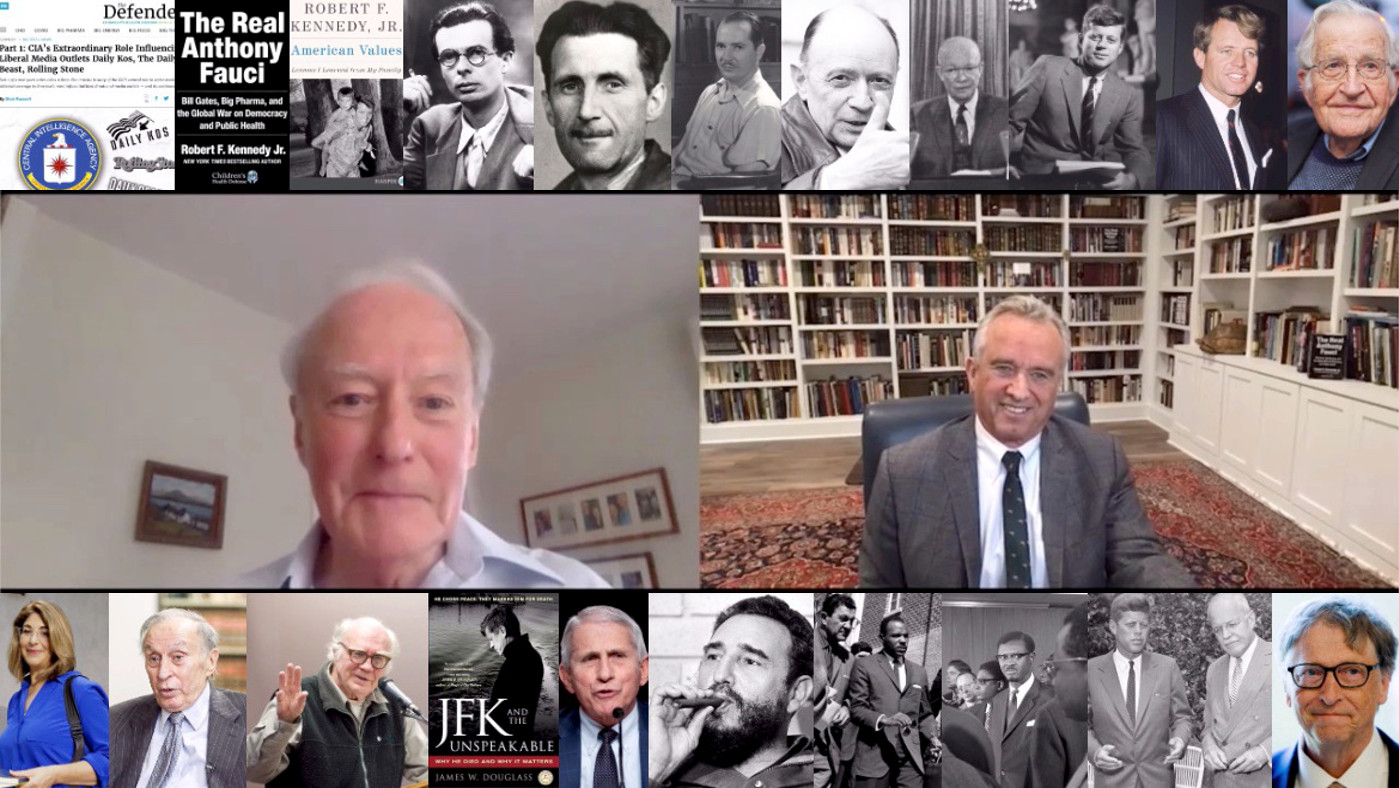 January 20, 2022 ejcurtin 9 Comments
The CIA’s War On Democracy
Edward Curtin in Conversation with Robert F Kennedy, Jr
click the above title to view the video

Buckminster Fuller called the CIA Capitalism’s Invisible Army. Since its creation, it has been doing coups d’état and assassinations as part of its work. It has been deeply involved in creating war game scenarios, weaponizing diseases, conducting mind control operations such as that with Covid, creating havoc at home and abroad, etc. Robert F. Kennedy, Jr., through his family’s longstanding battle with the agency, knows all this, and in the video above he and I discuss it.

Following the video there is the word “More” in red, which if you click, will bring you to many valuable sources on the people and issues we discuss.  All of these and more are due to the extraordinary work of my dear friend Dave Ratcliffe, a genius not only with technology, but with presenting and preserving at his site – https://ratical.org/ – an unmatched repository of crucial historical materials.  He is not responsible for my poor video recording of my side of the conversation with Bobby, where I am too close to the camera etc., for I am a technological amateur at best.  That comedic aspect aside, I hope you will find our conversation illuminating.

9 thoughts on “In Conversation with Bobby Kennedy, Jr. – Video”