“Seeking Truth in a Country of Lies is a dazzling journey into the heart of many issues — political, philosophical,…

We are being subjected to a vast tapestry of lies told by the corporate media for their bosses, as the U.S. continues its doomed efforts to control the world. It is not Russia that is desperate now, but propagandists such as the writers of this strident and stupid editorial. It is not the Russian people who need to wake up, as they claim, but the American people and those who still cling to the myth that The New York Times Corporation is an organ of truth. It is the Ministry of Truth with its newspeak, double-speak, and its efforts to change the past.

“What they [regular people] need, and what they feel they need, is a quality of mind that will help them…

“The struggle itself toward the heights is enough to fill a man’s heart.  One must imagine Sisyphus happy.” – Albert Camus, The Myth of Sisyphus

Really?  Or was he joking?

From the 56 minute 30 December 2022 conversation (click to listen) I had with Kevin Barrett on his radio program:…

Like many people, when the New Year rolls around, I think of turning over a new leaf.  The problem with…

On December 15, the night that the Biden administration released some of the remaining JFK files while withholding others with another half-assed excuse, Tucker Carlson, the most-watched cable news television host, delivered a monologue about the JFK assassination.  It garnered a great deal of attention.

Although I don’t watch Carlson’s television show, I received messages from many friends and colleagues, people I highly respect, about his monologue’s great significance, so I watched that episode. And then I watched it many more times.

“The most incomprehensible talk comes from people who have no other use for language than to make themselves understood.” –… 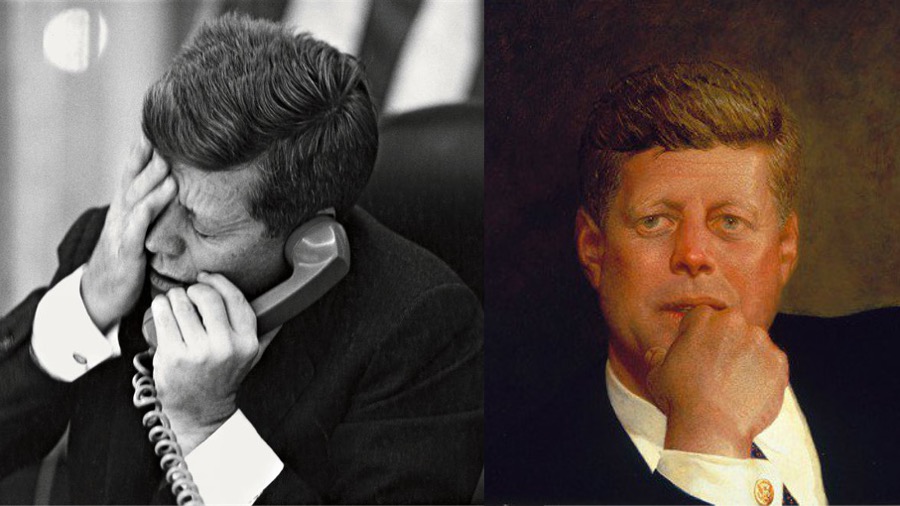 Why President Kennedy was publicly murdered by the CIA sixty-one years ago has never been more important, not because there is another political leader of his courage and stature whose life is now threatened by the same forces, but because there is not.  The Cold War and nuclear threat that he worked so hard to end have today been inflamed to a fever pitch by U.S. leaders in thrall to the forces that killed the president. President Joseph Biden is Kennedy’s opposite, an unrepentant war-monger, not only in Ukraine with the U.S. war against Russia and the U.S. nuclear first-strike policy, but throughout the world – the Middle-East, Africa, Syria, Iran, and on and on, including the push for war with China.