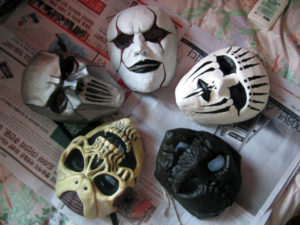 Many thousands of New Yorkers have temporarily moved into the small Massachusetts town (permanent population approximately 7,000) where I live because of fear and panic created by fraudulent disease and death data gathered and disseminated under the umbrella term Covid-19.  Such deceitful, fear-inducing news concerning diseases is old hat, but this time it’s part of perhaps the biggest propaganda campaign in modern history, resulting in an unprecedented government crackdown on people’s freedom, a massive transfer of trillions of public dollars to the banks and corporations, and crumbs for average Americans.  In my little town, second vacation homes, Airbnbs, and room rentals are packed. It is a flight to “safety” reminiscent of the months following the attacks of September 11, 2001 and the subsequent anthrax attacks that originated from a U.S. government bioweapons laboratory.  In the years immediately following those attacks, McMansions were built throughout these hills and local houses were bought up like penny candy as New Yorkers flooded the area.  Now as then, the wealthy refugees absconding on the road of flight accept official explanations and arrange their lives accordingly. Little is learned as repetition compulsion rules and the latest terror alert has them cowering in fear, playing their parts in a theatrical production conceived by master dramatists.

Let’s call it “The Operation.”

During the day, you can see small numbers of them out walking, yards apart, on the country roads. The downtown streets are deserted day and night. This in a town that over the past twenty years has become an upscale movie set catering to tourists and second-home owners who have brought great wealth with them, making it very difficult for regular people to afford the town and survive on jobs in the service economy. Now that the country has been brought to a halt by the government shutdown, the regular people are screwed big-time. Many small businesses will never again open. The town’s largest employer, Jane Iredale cosmetics, the perfect employer for life the movie, has just laid off forty-seven employees. Make-up for the psycho-social drama might run short now, even though the theater has temporarily gone indoors. I don’t know if Iredale’s mascara (Italian, maschera, mask) is still available.

In normal times, the town would be filled with people frequenting the restaurants, cafes, and boutiques, parading down the streets dressed like movie stars in SoHo. Black clad actors.  Now it is a ghost town without many ghosts.  The few you do see wear cloth or paper masks.

The word mask comes from Latin, larva, a ghost, specter, a disembodied spirit – a mask.  Larvatus, masked, a personality, or person, an actor, one who wears a mask. Person, Persona, a mask, a false face – personare – to sound through the hole in the mask.

Shakespeare was right.  To grasp the social play, one must be a theater critic.  There is a reason ghosts play such important parts in his plays.  If life is but a walking shadow, a poor player, then what are we the cast?  Are we but seldom masters of our fate but usually only underlings, dancing to the tunes our masters play for us?  It seems tis so.

For the paper and cloth masks people are wearing are just a second layer of masking, the first being what sociologists – diminutive descendants of Shakespeare – call status/roles and regular people just call roles, even when they don’t know they are playing them, which is most of the time. Most people associate playing a role with being phony, while failing to notice that social life is comprised of such play-acting, “as if” the play were natural.  To admit that it is fictitious and that one is performing in a play written and directed by someone else is to open a trapdoor beneath one’s feet.

The sociological term status refers to the very many positions one occupies in a lifetime such as occupational titles, family positions, even racial statuses that society imposes on people.  So a person could, for example, be categorized as a medical doctor who is a father and an uncle.  Each status – doctor, father, uncle – would have socially imposed expectations attached to it that are called roles that one is expected to play or else one is considered an oddball at best.  To treat them as playful simulations in a life of experimentation, and to treat social titles and statuses as comical, results in one not being considered a team player or actor in the social play.  Only children and crazy people do that.

Imagine you are an impostor and dress in the uniform of an airline pilot.  To pass for a pilot you must know how to perform the role.  In other words, to be a good actor in the role and pass yourself as the “genuine” thing.  This is what Shakespeare meant by all the world’s a stage, with the wooden stage where Hamlet and Othello are performed just being another artificial form of the “naturally” occurring fabricated life of society.  So social life is phony in that sense, which raises the basic question of what then does it mean to be genuine, to be real.

The philosopher René Descartes once said:

As an actor, to conceal his blush of embarrassment, enters the stage masked, so I step forth onto the stage of the world, masked.

But to be masked is to be hidden, to be a ghost that no one can see, a cipher. So Descartes and Shakespeare were asking us that fundamental question: Who are we?  Are we?

Nietzsche asked it this way:

Are you genuine?  Or merely an actor?  A representative?  Or that which is represented?  In the end, perhaps you are merely a copy of an actor.

Most people, as good underlings do, have now obeyed the director’s instructions and retreated into their Plato’s caves where they huddle fearfully around the flickering screens that have become their well-nigh reality, and which will become even more so in the future as the powers-that-be push their digital agenda.  It’s still showtime but of a different sort with the performers receiving the director’s cues all electronically. That the cast didn’t write the play and doesn’t know who did doesn’t seem to bother many.  They see it as the only show in town and they’re playing it, and while the anonymity of the digital life adds to the comedy of errors, it may be what many desire.

We live in the culture of the copy in every sense of the term.  There is rarely one of anything, even people.  Long ago Walter Benjamin wrote a famous article called “The Work of Art in the Age of Mechanical Reproduction.”  In it he says that the mechanical reproduction of a work of art eliminates its “aura.”  “By making many reproductions it substitutes a plurality of copies for a unique existence,” he wrote.  In the age of film and digital screen existence, this is very true for people as well. Uniqueness is fading. The more people live in and by screen images and the propaganda such technology affords to the powerful, the more they can be reproduced.  This of course has happened.  Once the masses had to be gathered into a herd in one place and induced to act in unison. Today place has been replaced with cyberspace and the masquerade ball can be directed without movement.

Welcome.  “The Operation” is just beginning.

23 thoughts on “Phantoms of the Operation”